On July 20, 2021, a sudden heavy rain turned the nation’s attention to Zhengzhou, Henan, China. Zhengzhou Meteorological Bureau announced that from 16:00 to 17:00 on the 20th, the rainfall in one hour reached 201.9mm. This catastrophe has already impacted the outcome of the local economy, especially in agriculture, public transport, automobile and manufacture such as air compressors filtration companies, valves companies, etc. Here let Chengdu Pudding Mechatronic Co. discuss about the impact on production.

According to general standards, a daily rainfall of more than 250 mm is called an extremely heavy rainstorm, and the rainfall in Zhengzhou today amounts to 201.9 mm in one hour.

“Chinese Meteorological Enthusiasts” Weibo pointed out that within one hour Zhengzhou had a torrential rain of 201.9 millimeters, breaking five major records in one fell swoop: 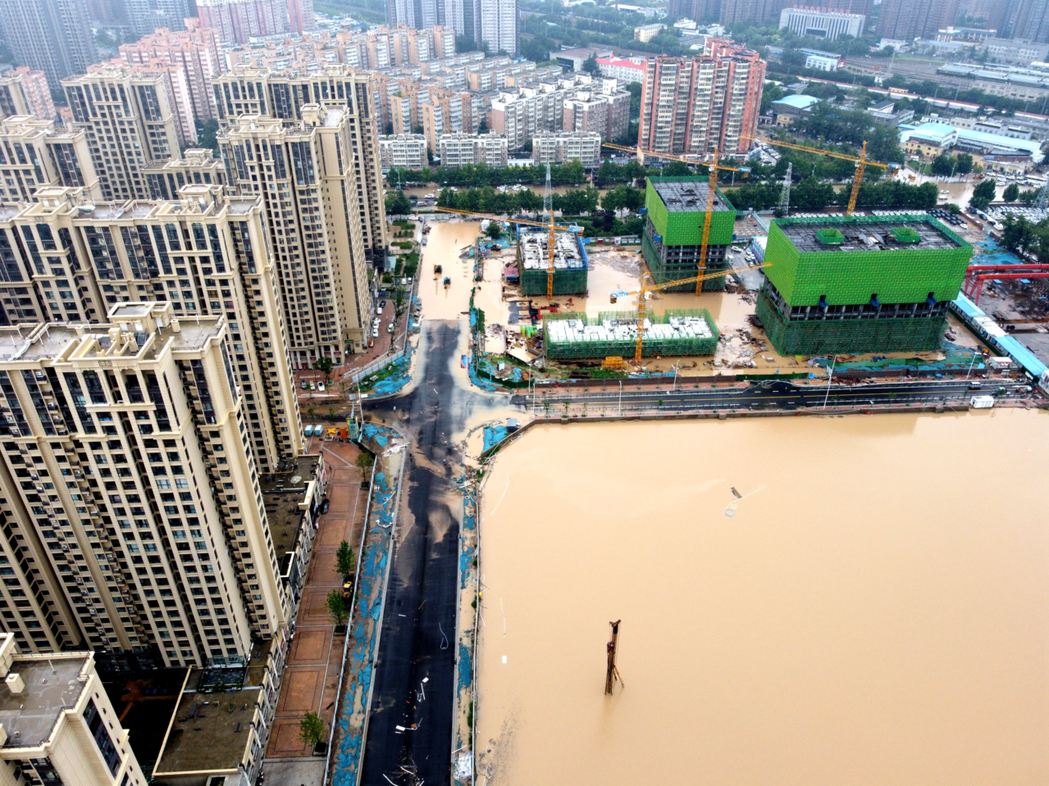 The Paper reported that the average annual rainfall in Zhengzhou is 640.8mm, which is equivalent to the amount of the previous year in these three days. From the perspective of climatology, the probability of hourly precipitation and daily precipitation, and the return period through the fitting of the distribution curve, are all once in a thousand years.

Affected by the continuous rainstorm, all stations of the Zhengzhou Metro network have suspended operation services. At present, there is a red warning for heavy rain in Zhengzhou. Please avoid traveling as much as possible.

At present, more than 20,000 firefighters of the Chinese People’s Liberation Army and the Armed Police Force stationed in Zhengzhou have been dispatched, distributed in important areas such as the Yellow River embankment, Changzhuang Reservoir, and Jiangang Reservoir. on the way. Defending the Yellow River, defending Changzhuang, has no time to delay! Our city is going through the process of local heavy rainstorm, please reduce going out as much as possible without incident, and pay attention to self-safety precautions. 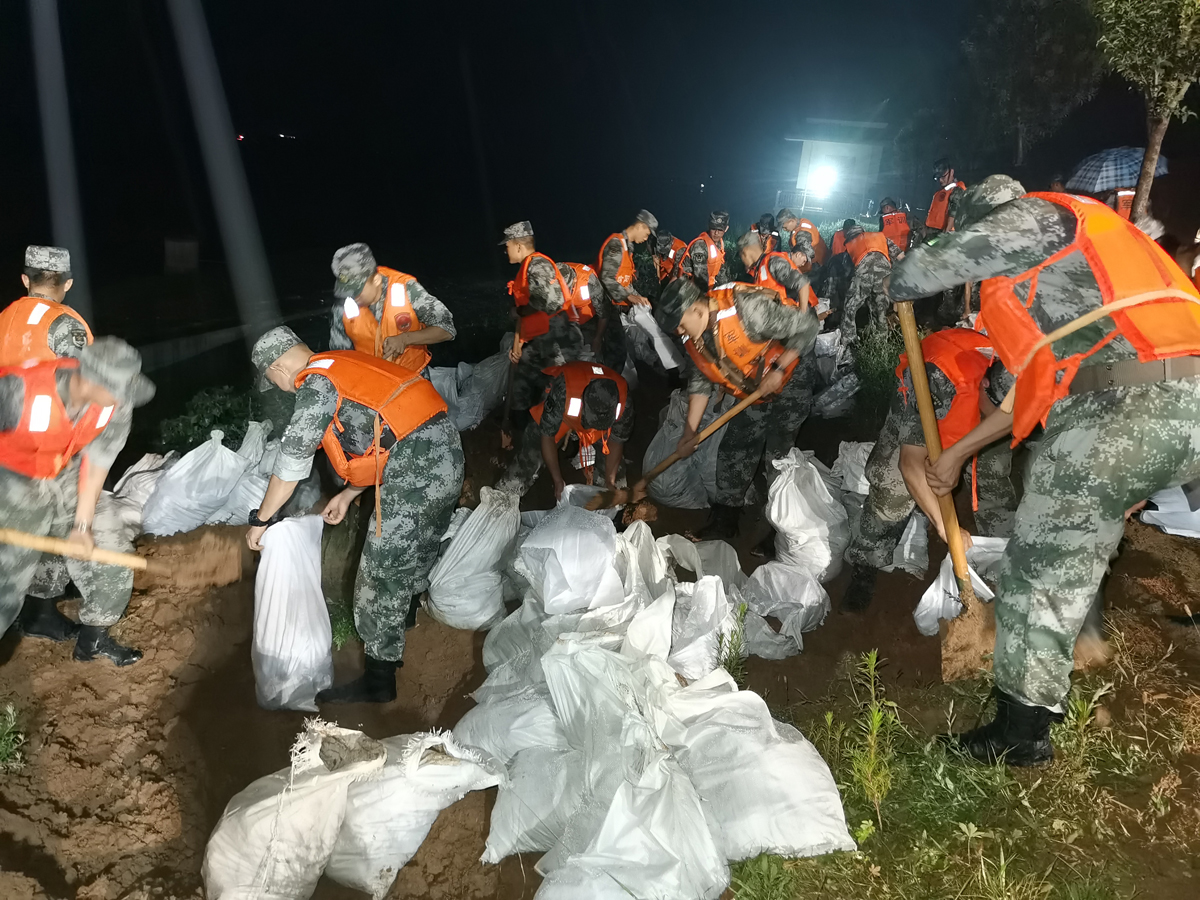 The whole people fight against floods and show warmth

Under the heavy rain, Zhengzhou City staged a scene of warmth and affection of all the staff “fighting the flood.” The scenes of police and civilians working together to rescue wading vehicles, netizens relaying rescue information, and community residents rushing to drain water in the basement took turns. However, the ruthless disaster still has an impact on the production of local enterprises and the short-term normal operation of related industrial chains.

“Heavy rain has a certain impact on production. Some workshops have water ingress, so we suspended the operation of some production machinery.” A related person of a listed company in the industrial manufacturing industry in Zhengzhou with a production workshop told a reporter from Securities Times·e Company on the night of the 20th. Although the current supply of water and electricity in the factory area is normal, the company voluntarily suspended production due to water in the workshop. At present, there is no accurate statistics on the specific number of affected machines, and production will be suspended, and will gradually resume when the rainstorm subsides. As the heavy rain continues, the final impact of the company is still unknown. The company is also doing its best to prevent floods and arrange personnel on duty.

In addition to local enterprises, as the place where the Beijing-Guangzhou and Longhai railways converge, the heavy rain disaster in Zhengzhou has also affected railway transportation, which in turn exerted supply pressure on some industries.

According to local Henan media reports, at 14:00 on July 20, some sections of the Longhai Railway near the level crossing of Shakou Road, Jinshui Road, Zhengzhou City collapsed under heavy rain. The landslide is located about 4 kilometers from Zhengzhou to Luoyang on the Longhai Railway. The line is a common line used by Zhengxi High-speed Railway and the normal-speed trains on the Longhai Line, which will affect the operation of both the high-speed railway and the normal railway. In addition, the road is blocked due to heavy rainfall, and the expected control time for the Gongyi section of Lianhuo Expressway is about 48 hours.

“In addition to Zhengzhou, Gongyi was also affected by the heavy rain. The local aluminum industry is more concentrated in production and processing, and there is also a large-scale aluminum ingot storage warehouse in China. If road transportation is interrupted, the goods will not be shipped out of the warehouse. The short-term supply and demand of the aluminum industry has an impact, and the specific impact depends on the extent of the disaster.” An aluminum industry person in Gongyi, Henan, told a reporter from the Securities Time’s Company.

The Henan cement market, whose prices have fallen sharply due to sluggish downstream demand, may face more severe impacts after the occurrence of the heavy rain. 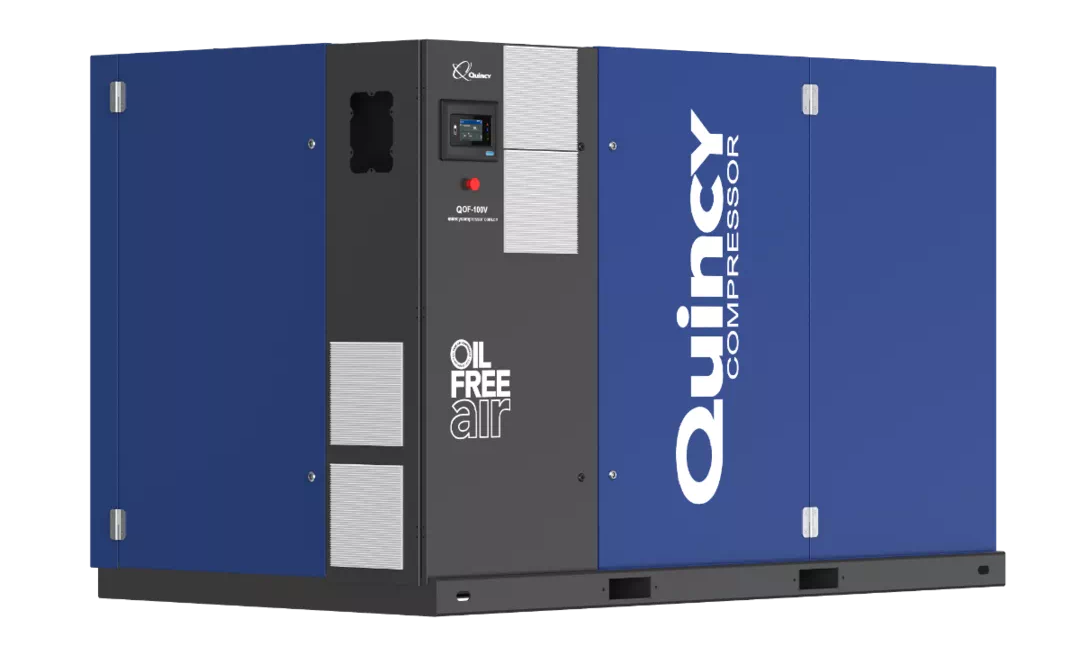 As growing to be a large online distributor based in China, Chengdu Pudding Mechatronic Co.(CPMC) has a wide scope of working experiences in air compressors, woodworking tools industry and China/Tibet inbound tourism, each and everyone of our staff has rich life stories and comprehensive experiences in working in factories, marketing, Alibaba & Made-in-China international trade online sales constancy, inbound tourism sales consultancy, etc. We love our mechatronic products trade business which is empowered by our passion to help worldwide companies and communities to enjoy the CHEAP but QUALITY air compressors, woodworking tools and all related spare parts.